Yes, of course you can breastfeed with implants, it just might be a bit more complicated.

According to a 2017 study, 95% of women with implants said they were able to breastfeed normally for many months.

The only thing breast implants can affect is reducing the amount of breast milk produced. Whether a woman with silicone implants will be able to breastfeed also depends on the initial state of her breasts before surgery and possibly on the type of incision made.

The safest incision perfromed by doctor Maria Skolarikou, is through the inframammary incision which is located in a natural fold under the breast.

Post-operatively, no scars or marks are visible at all due to the specific position of the incision and it is the safest method because:

No incision is made and it passes through the breast, disrupting its architecture, thus affecting breastfeeding,

The case we create to insert the implant is done under direct vision, achieving greater precision and better aesthetic results.

The nerves innervating the nipple are not affected by this incision.

Inframammary incision does not affect breastfeeding.

The chances of inflammation or infection are minimized.

Silicone implants are usually placed behind the milk glands or under the pectoral muscles to facilitate breastfeeding. However, the location and depth of the incision made during surgery can affect the ability to breastfeed.

The procedure that keeps the area around the nipples intact is always less likely to cause problems.

The nerves around the nipples also play an important role in breastfeeding. The sensation of the baby nursing at the breast increases the levels of the prolactin and oxytocin hormones which activate the production of breast milk. When these nerves are damaged, sensation is reduced.

Is it safe to breastfeed with implants?

According to the Centers for Disease Control and Prevention, there have been no recent clinical reports of problems in babies of mothers with silicone implants.

There is also no evidence of an increased risk of birth defects in babies born to mothers with breast implants.

Breast implants only rarely pose risks to the person themselves, such as:

possibility of needing additional surgeries for corrections or capsule removal, which occurs when scar tissue forms around the implants

changes in breast and nipple sensation

There are things you can do to increase your milk supply and help your baby get the adequate amount of food.

Here are some tips to help you breastfeed when you have silicone breast implants:

Breastfeeding your baby 8 to 10 times a day can help build and maintain milk production. The sensation of your baby nursing at the breast triggers your body to produce milk. The more often you breastfeed, the more milk your body will produce.

Even if you are only able to produce a small amount of milk, you are still providing your baby with antibodies at every meal.

Breastfeeding from both breasts can also increase your milk supply.

Removing milk from the breast plays an important role in milk production. Try using a breast pump to remove more milk after each feed.

A 2017 study showed that pumping milk from both breasts led to increased milk production. It also increases the calories and fat in breast milk.

There are certain herbs that are believed to help naturally increase milk production in mothers such as:

While there is a lack of scientific evidence documenting the herb’s effectiveness, studies have shown that fenugreek can help increase milk production in mothers.

There are also foods that help just as much, such as:

If you’re producing very little milk, talk to your baby’s pediatrician about a suitable supplement.

The signs that the baby gives to understand that you are feeding it adequately are the following:

Your baby’s weight is another indicator of an adequate or insufficient milk supply. Most babies lose 7 to 10 percent of their weight in the first two to four days of life before they start gaining weight.

Tell your baby’s pediatrician if you are concerned about making enough milk or gaining or losing weight so that silicone implants and breastfeeding are not a problem. 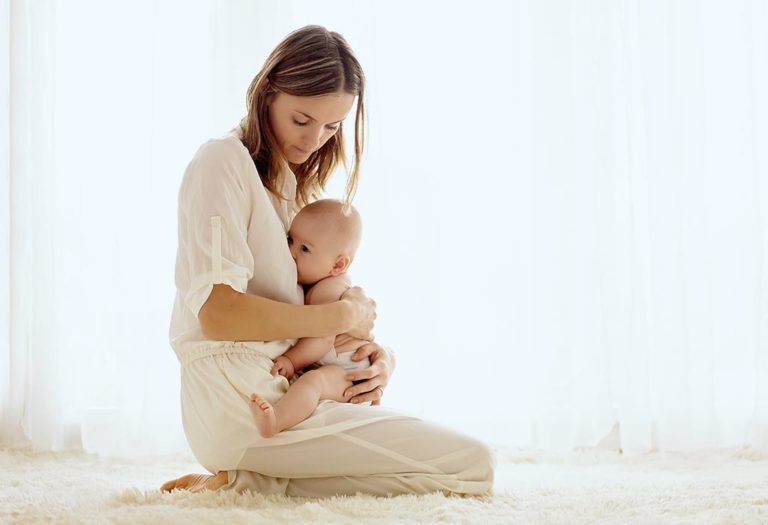 Newer Beauty Through The Ages
Back to list
Older Are you getting married? These are the Ideal Treatments before the Wedding!
Close
Start typing to see posts you are looking for.