How is the new fashion of our time, that of selfies, and the cosmetic procedures of Plastic surgery connected?

According to a poll conducted by the American Academy of Facial Plastic Reconstructive Surgery (AAFPRS), of its 2700 members, one in 3 plastic surgeons, reported an increase in the demand for the operations they performed following requests from their patients to improve their image on social media (Facebook, Twitter, Instagram, etc.)

According to colleagues in the USA, there are patients who use their selfies, i.e. their photo portraits, to indicate to plastic surgeons what they want to improve in order to look more presentable in these photos!

This is an exaggeration and certainly a selfie does not reflect a person’s true image. Many times the “defects” they indicate don’t even exist!

The obsession with selfies hides an obsession with the image in general and a lack of self-confidence of these patients, which makes it more difficult for them to have a correct perception of their image.

For this reason, attention is needed, analysis of the needs of each person individually and of course scientific guidance of those patients who insist on something that simply displeases them in an image-photograph and we as doctors simply do not notice it. Selfies and cosmetic procedures are an important part that doctors need to be aware of when undertaking each case.

Many times not accepting such an incident is a cure in itself! 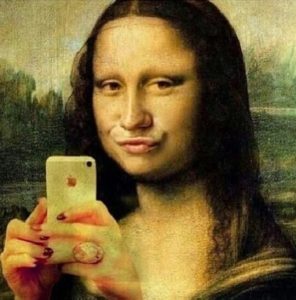 Newer Less is More!
Back to list
Older Teck Neck Lines
Close
Start typing to see posts you are looking for.